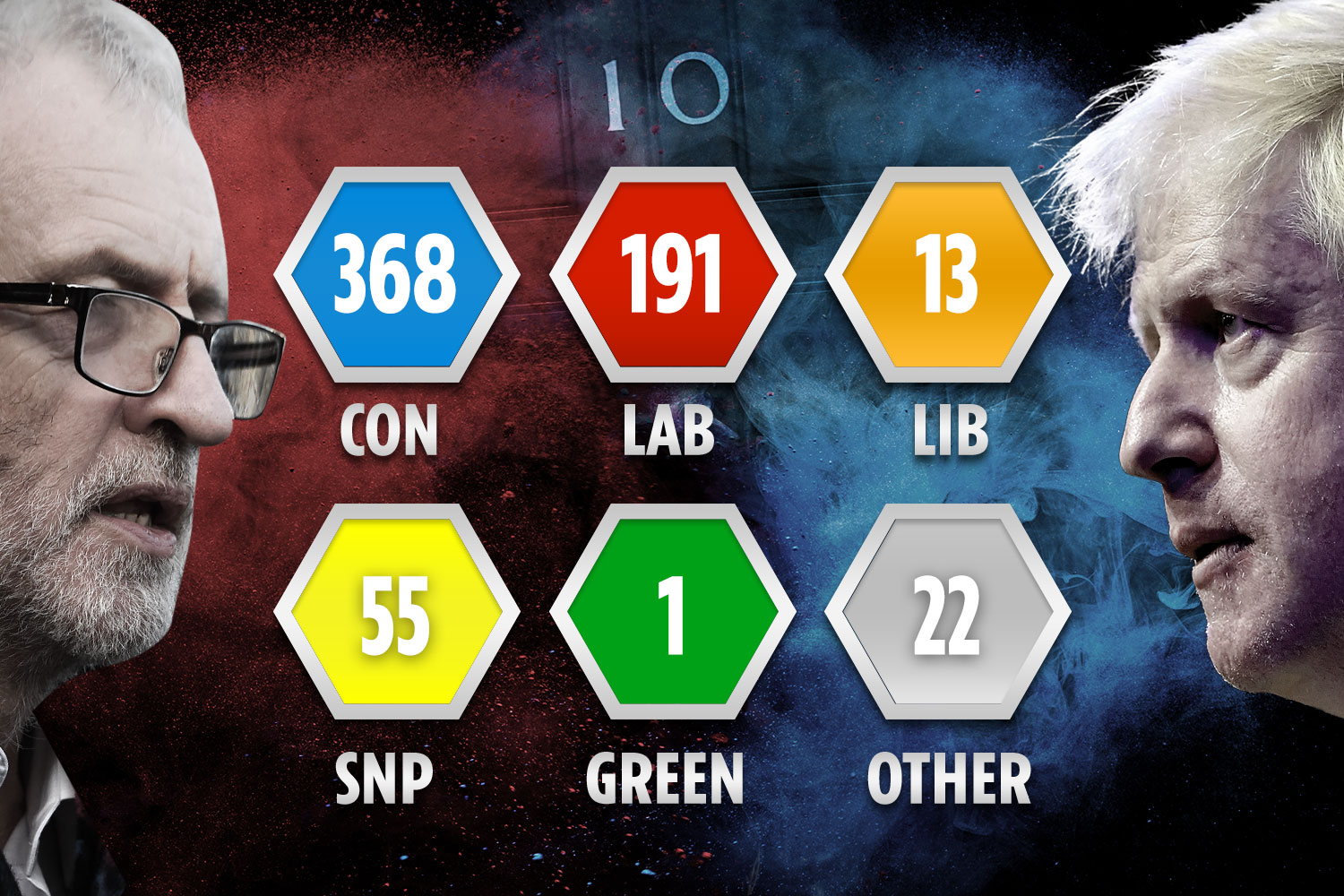 The expected results mean Britain’s political chaos could finally be over, leaving Boris with the numbers to finally push his Brexit deal through Parliament in just weeks.

Meanwhile, Jeremy Corbyn will be facing deafening calls to finally quit as Labour leader after failing to win a second general election in a row – and taking the party to its worst result in 40 years.

The party was predicted to lose 71 seats from its 2017 results.

And the exit polls put Britain on course for the biggest Tory win since 1987 – where they got a 102 seat majority under Margaret Thatcher.

Exit polls, which almost always correctly predict the outcome of general elections and are known to be accurate, put Labour on…