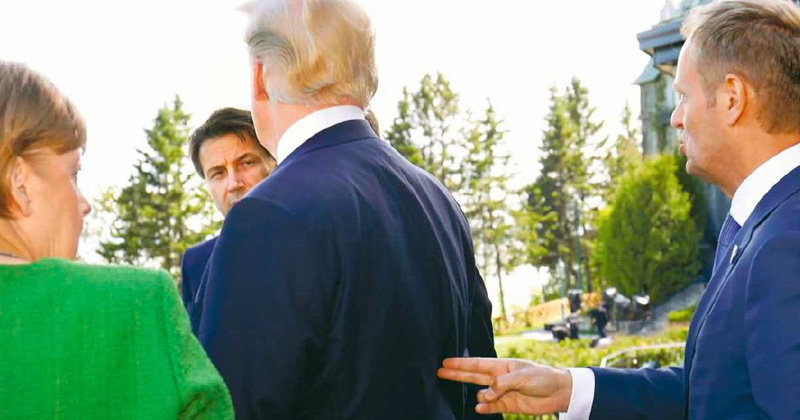 A Polish politician raised eyebrows after tweeting an alarming photo showing him making a gun gesture on the back of US President Donald Trump.

Donald Tusk, the president of the European People’s Party, posted the photo in a tweet sent early Thursday morning, innocently captioned, “Despite seasonal turbulences our transatlantic friendship must last.”

The photo, also showing the back of German Chancellor Angela Merkel, appears to be from this week’s NATO summit, which ended Wednesday.

As reported by The New York Post, many social media users were shocked by the photo, which some perceived as a death threat.

“[Outgoing] European Union Council Leader Donald Tusk tweets himself holding 2 fingers against Trump’s back like a GUN,” one user wrote in a tweet that tagged the FBI, adding…